skip to main | skip to sidebar


Some months ago, Mr. Roman Guhr sent me an email regarding his interest on banknotes printed by ABNC (American Bank Note Company). He notified me about the existence of many black white photographs of unadopted ABNC proofs for the years 1910's to 1940's. Among these photographs there were many for Greece and immediately one set of them caught my attention. This photographic set included 6 obverse paste-up proofs bearing the portrait of King of Greeks, Constantine I. Never before any Greek banknote had the portrait of a king printed on it. This happened only once in 1954-55, with the 10 drachmas banknote bearing King George I (assassinated in 1913).

The main common characteristics of these six proofs are the portrait of King Constantine I, the absence of the image of George Stavros, the date 10th May 1922 and the missing  royal coat of arms. It must be noticed that it was a traditional of National Bank of Greece (NBG) banknotes to have on the obverse the image of George Stavros (1788-1869) next to the royal coat of arms. This practice seems that changed in 1922 discarding the coat of arms. It is not yet clarified why this had happened that year, although monarchy changed to republic in 1924, two years later. If the order for printing the new notes were given in 1924, it would be obvious the lack of the royal coat of arms. Reading the notes written on the album which the photographs were attached, it seemed that these were archived there in August 1922.

It is clear that NBG did not agree with these proposed banknotes' design from ABNC and the traditional portrait of Stavros returned back. Comparing the proofs with the finally issued notes, we can see only minor differences especially in the ornaments and the bank's name on top of the banknotes. Also the dates for the issued notes are between January and July of 1923, instead of May 1922. The main design layout stayed the same. There is no evidence that the 1922 original proofs are extant today.

I would like to thank Mr. Roman Guhr (IBNS LM-228), who kindly provide me the ABNC photographic proofs presented in this article.

The above is an excerpt of my article published in the volume 56-2 (2017) of the Journal  of International Bank Note Society (IBNS). 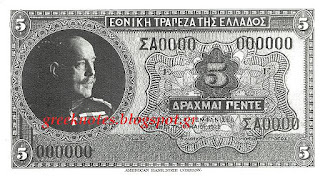 Starting from 1822, with the introduction of bonds in grossi and coming to an end in 2002 when the Euro was introduced, Greek banknot... 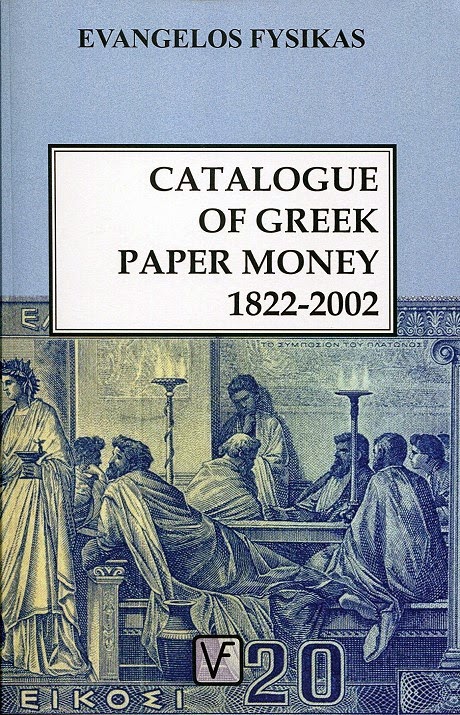